How to Get Rid of Hair Fungus? 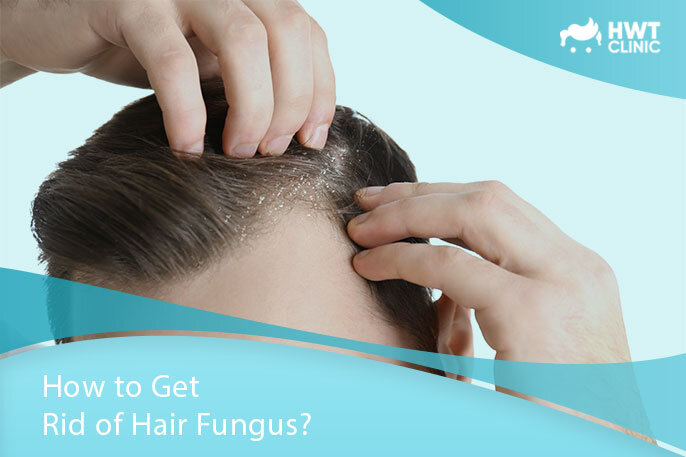 How to get rid of hair fungus and bacterial infections

Just like the rest of your body, your scalp and hair can be susceptible to bacterial and fungal infections, which can cause discomfort and more serious problems if left untreated. There are different types of scalp and hair fungus that have different reactions to the skin and require different treatments to help answer the question: how to get rid of hair fungus.

Many are highly contagious, meaning that anyone infected by bacteria or fungus in hair should take precautions not to pass it on. For example, they should avoid physical contact with others and not share personal items, such as towels or hairbands etc until the fungus has cleared up altogether. There are also different types of hair fungus shampoo that can help.

Hair infections are usually a result of bacteria or fungus entering the scalp through damaged skin or via the hair follicles. It can also be exacerbated or made a more frequent occurrence if the person in question suffers from skin conditions such as eczema or psoriasis. Hair scalp fungus infections are very contagious, They can be transferred person to person very easily, particularly when it comes to children, who often play closely together and can require greater support with personal care such as hair brushing and washing.

Examples of more common infections that are caused by bacteria or fungus in hair, scalp and other areas of the body include ringworm (tinea capitis), folliculitis and impetigo. These, and others, can be brought about by exposure to damp environments and direct contact with an infected animal, for example a pet or an animal that the person has touched at the zoo or on a farm. If you suspect that your pet or working animal is suffering from ringworm, you must consult a vet straight away to prevent it spreading.

Folliculitis affects the hair follicles directly and is often caused by over shaving or plucking of hairs, frequently touching the scalp ort hair with dirty fingers, wearing headgear that is too tight or exposing the scalp to warm, damp conditions for too long a time period. Impetigo, caused by the Streptococcus bacterium, commonly affects the face and scalp and can be passed on by physical contact with an infected person or their personal belongings. Sores and blisters should be covered by a bandage to minimise the risk of contagion while they heal.

Finally, candida is another fungus which causes the common yeast infection, thrush. It can appear anywhere on the body, including in the hair and scalp. It can be caused by a number of factors, including unhealthy diet, stress, certain medications, pregnancy, inflammatory conditions and a weakened immune system. Cuts in the skin can also allow the candida fungus to enter the body.

If you experience any of the common sticky hair fungus infections, symptoms can range in severity, but there will be several that point directly to the likelihood of you having a hair fungus problem. Itching, soreness and reddened skin are often found, along with blistering, ulcers and broken skin. If the fungus or bacteria have caused an infection, the area will also feel warm and painful to the touch and will require immediate medical attention.

Ringworm often presents with a scaly, red patch on the scalp, often bald as the hair in the affected area will be rubbed away. You will usually be able to identify it by the shape of the patch, which forms in a ring-shaped mark. It can appear in several areas on the scalp and cause localised discomfort and pain. It is more likely to affect children than adults.

Folliculitis also causes red rings to appear, although they form around the affected hair follicles, again making the condition easier to diagnose. They may cause itching and pain, depending on the severity of the infection. Impetigo presents as red sores in the affected area, which usually include the scalp and face – especially in the area around the nose and mouth. It can affect any other parts of the body where the skin is broken as well. Other symptoms of impetigo include fluid-filled blisters that leave a crust when they burst, which often cause itchiness and pain.

Symptoms of thrush include a red or purple rash or skin patch, cracking of the skin, white, shedding skin flakes and white, pus-filled pimples. Thrush can also go on to cause fatigue, digestive issues, urinary tract infections, itching and pain, depending on where on the body it has appeared. Your doctor is best placed to diagnose thrush, so it is important to pay him or her a visit as soon as possible if you suspect you are affected by the condition.

People who have a lowered or compromised immune system are more vulnerable to developing hair scalp fungus and infections. It is especially important to be vigilant with hygiene and contact with others who may be infected when you are fighting off illnesses, such as the common cold, flu and others. Older people and very young children can also be more seriously affected by hair fungus symptoms than other age groups.

How to get rid of hair fungus

There are several hair fungus treatment options out there, depending on how severe the infection is, what other health conditions the person is living with and the length of time the infection or hair fungus has been present. Hair fungus shampoos and lotions can help with milder cases, and can also act as a deterrent after the fungus has cleared up to prevent a recurrence.

However, using specially medicated shampoos or body lotions alone will not always prove fully effective. Your doctor will advise on the best course of action to take, which could include taking a course of antibiotics tablets or injections or applying a topical medicated cream. For cases of ringworm, it is likely that your doctor will prescribe an antifungal tablet, while impetigo can react well to an antibiotic cream, again to be applied directly onto the affected area.

Getting rid of thrush can be problematic if you have left it for a long time; however, there are plenty of treatment options. Antifungal creams, lotions and tablets can all help, as well as medicated shampoo. You can also help control it by changes in your diet and exercise levels to boost your immune system.

The time it takes for a hair fungal or bacterial infection can depend on many factors, but it can take as little as 48 hours or anything up to several weeks. Again, your doctor will be able to advise on your specific circumstances. It is important to pay extra attention to hygiene as you recover – clean and disinfect your home thoroughly, paying special attention to areas that you touch frequently or carry out personal care, such as your bedroom, bathroom, taps, light switches and doorknobs. Wash clothing, bed linen and towels on a hot wash and dry well.

To ease symptoms such as pain and itching, try not to touch or scratch the area. Apply a warm, damp facecloth to the area for some relief and do not wear headgear or visit your hair stylist until your infection has cleared up. Certainly do not attempt any home hair treatments such as dyeing or perming your hair while you have the fungus. Avoid facial treatments too, including face masks, eyelash extensions and massages. Eat healthily and stay active to help your immune system fight off the infection and get plenty of sleep to aid rejuvenation of your skin cells.

While there are many mainstream medical hair fungus treatments available, some people prefer to look towards a more natural hair fungus home remedy to alleviate symptoms and clear the infection from the skin. Always check with your doctor before attempting any home remedies, especially if you are also treating your fungal infection with tablets, injections or medicated creams or lotions. Also consult a medical professional if you live with any other medical conditions that could be affected by any home remedies you are considering trying out.

Washing your hair in apple cider vinegar, diluted in equal parts with water, can help loosen dead skin and relieve redness, due to the cider’s anti-inflammatory properties. Aloe vera can also have an effect as it has anti-septic properties, so look for products containing this nourishing natural remedy, or apply it in gel form to the scalp.

Coconut oil is said to have antifungal properties, so you could also try this, mixing 12 drops with a quarter cup of essential carrier oil. Rub the mixture into the scalp and leave in for a while before washing it out again with warm water and a mild shampoo. Finally, look for other oils that have antibacterial properties to help the affected areas to recover naturally. As well as coconut oil, you could try olive oil, as well as carefully diluted tea tree oil, lemongrass oil or lavender oil.

However you decide to treat your hair fungus or bacterial infection, do your research carefully, consult a medical expert and stop immediately if symptoms worsen or if any new ones appear. 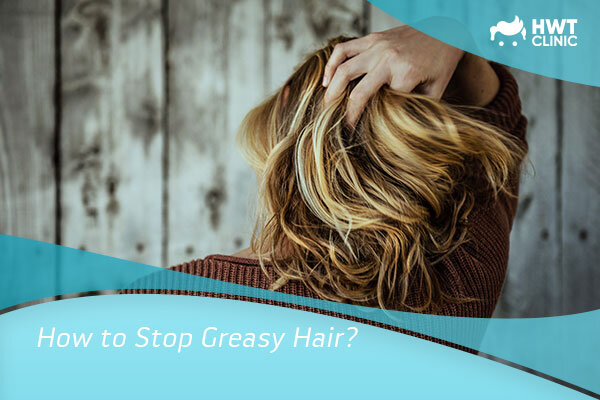 How to Stop Greasy Hair? 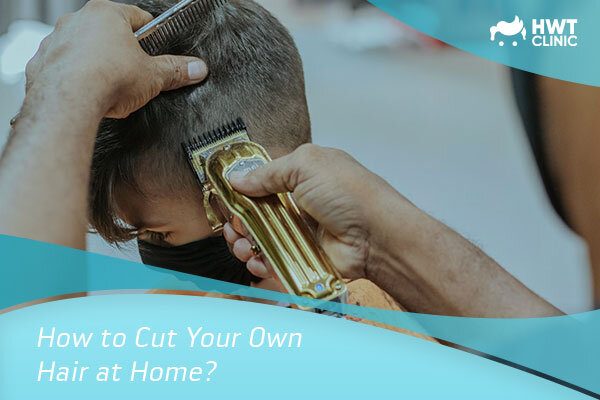 How to Cut Your Own Hair at Home? 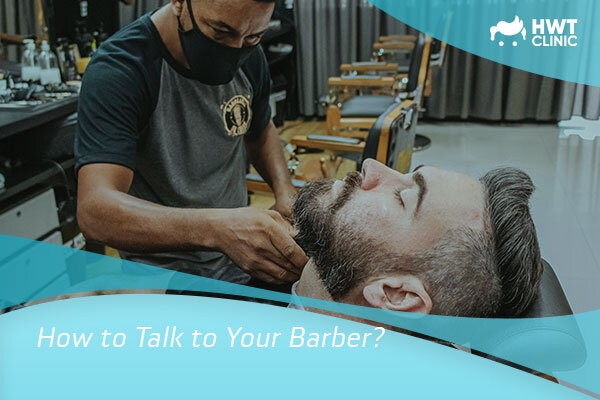 How to Talk to Your Barber?

How to Grow Your Hair Faster?