Ten Celebrities Who Have Had Hair Transplants 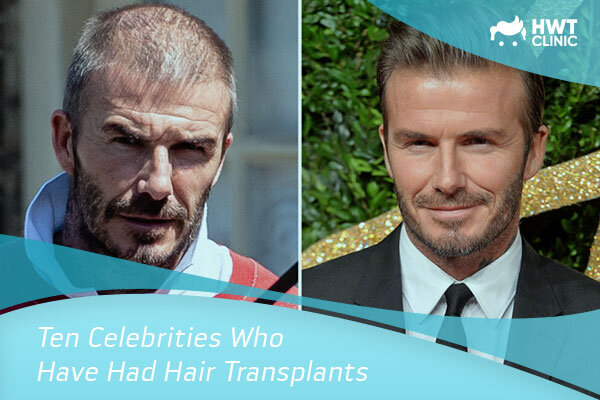 The world of celebrity is often all about people’s appearances and the projected image they portray to the public. When that appearance is put at risk by issues like hair loss or thinning, people in the public eye can be faced with a difficult decision – whether or not to undergo invasive treatments like a celebrity hair transplant to restore their image, secure additional professional opportunities and boost self-confidence.

What is a hair transplant?

Hair transplant surgery involves a medical specialist taking hair either from elsewhere on the body or from an external source and implanting it into thinning or bald areas on the scalp to fill in any gaps and restore the appearance of a full head of hair. Results can look incredibly natural and can last a lifetime if the appropriate care is taken, post procedure. Bandages are applied and removed after a few days, with the final look achieved around a year to 18 months afterwards as the new hair grows in.

Famous hair transplants can take place for a number of reasons, such as the person in question wanting to look younger, secure more acting parts, boost their confidence on stage or during filming or public display. Maintaining a famous look can also help fans remain devoted to the person they are familiar with following on social media or on screen.

For many men and women, their hair plays a large part in defining who they are. Its colour, length, condition and style all combine to give their faces character and to finish off a carefully chosen outfit. Whether famous people are in the world of sport, theatre, fashion or film, this is a common way that celebrities assert their personality and work to leave a lasting impression on those who work with them and follow and admire their accomplishments.

When the hair starts to recede, or bald patches appear, this can cause very real distress and a need to put things right in whatever way is best. Many famous people have opted for hair transplants as a discreet, yet permanent solution to covering up unsightly patches.

Here are ten celebrities who have famously undergone hair transplants.

Business magnate, inventor and all-round technology visionary, Elon Musk welcomed his first son into the world in 2020 with his musician partner, Grimes. He is reported to have undergone a hair transplant to reverse a receding hairline and give him a natural design with plenty of density and volume in his new locks. More recent photos show Elon looking younger under a thick head of hair as his public profile goes from strength to strength. Such increased confidence in one’s looks can greatly assist people in the public eye who are required to speak to large groups of people, or to liaise with countless different audiences and key stakeholders.

Former England football captain, Wayne Rooney has famously undergone multiple hair transplants despite his relatively young age. His autobiography charts how he started losing is hair in his teens, prompting many years of treatments and medical intervention to try and restore his hair. He has his first procedure at the tender age of 25 and has been open and honest with his fans and the general public about his hair transplant journey. In doing so, it is hoped that Wayne has inspired other young men facing the same hair loss related issues to take steps towards investigating hair transplant surgery as a possible solution for their own situation.

Fellow England captain, David Beckham also found international fame as a top-flight footballer, enjoying success at the very top of his game for a great many years. Alongside his prowess on the pitch, David pursued a successful modelling career, working with top brands such as Emporio Armani, Adidas and Calvin Klein. To boost this side of his work, David had a hair transplant when he retired from professional football to restore his luxurious hair, which, along with his large collection of tattoos, made him a fashion icon the world over.

Spanish midfielder, David Silva completes the trio of footballers featured in our list, with rumours of a hair transplant emerging after Silva appeared on the Manchester City pitch with a fuller head of hair. Previously, he had stuck to a shorter, buzzcut look, which is a highly practical style for an active, elite sportsman like him. While David himself has neither denied nor confirmed any type of hair loss treatment, experts say that the top quality transformation points towards a highly expert job.

Reality TV star Jamie Laing is one of the stars of Made in Chelsea was told by his doctors that he didn’t need a hair transplant, but he went ahead with the procedure regardless at the age of 29. He unveiled the results on screen in 2018 after being teased by co-stars for looking older than his years. Surgeons took follicles from the back of his head to reverse a receding hairline with good results. Jamie has naturally blonde hair that requires careful care and attention to keep it looking at its best.

Sub-par soaps and shampoos from stays in countless hotel rooms around the world are said to be the cause of Formula 1 champion Lewis Hamilton’s thinning hair. While the Mercedes-AMG Petronas F1 star has denied receiving the surgery, famous hair transplant experts say that the sudden reappearance of strong, luxurious locks points towards a procedure of some kind having been carried out. Either way, the star is certainly racing at the top of his game, currently holding the record for most wins at different Grand Prix and seven World Championship titles.

The world-famous singer-songwriter started losing his hair young and by the age of 30, was completely bald. He attempted to reverse the situation with a hair transplant; however, he changed tack quite soon after to wearing custom-made toupees for all of his performances and public appearances. Elton John prides himself on his vibrant fashion and eccentric style, so the ability to be flexible with his choice of hair treatments and accessories is surely very important to him, both personally and from a professional point of view.

Celebrity chef, Gordon Ramsay also joins the list of male stars who have undergone hair transplant treatment to restore their hairline. Pictures appeared in the media back in 2010, shortly after the procedure with Gordon sporting a surgical cap, applied to his head to protect the hair grafts in the early stages after surgery. The surgery reportedly came as part of a wider package of cosmetic procedures including teeth whitening and Botox injections. He had further hair transplant surgery in the years that followed, with the results looking natural and luxuriant.

Former EastEnders star and champion ofjungle-themed challenge show I’m a Celebrity, Get Me Out of Here!” has undergone three hair transplants in a bid to beat the onset of male pattern baldness and to boost his self-esteem and confidence on and off screen. The procedure has given him noticeably thicker hair that covers up thinning patches to help Joe retain a more youthful appearance. It is also widely reported that Joe’s partner, television personality Stacy Solomon, approves of his new looks and his efforts to protect his head of hair.

Football manager Jurgen Klopp is another sporting name that has taken action to restore his hairline with a hair transplant. The German football coach added an impressive, sweeping fringe to his hair following the treatment, leaving him looking younger and less at risk from friendly banter from rival managers and players alike. His denser, silky hair is a permanent solution to the balding he was facing.

Whether you are a well-known actors, singer, presenter or sport person seeking ways to stay youthful and attractive in the public eye, or simply someone seeking ways to restore a receding hairline and, with it, your self-esteem and confidence, hair transplant surgery can work wonders. Attentive after-surgery care is required to keep the hair protected and clean and to give the newly implanted hair grafts the best possible chance to take properly and start stimulating fresh hair growth. Overall, the process can take up to 18 months to complete and multiple treatments may be required to gain the most noticeable results.

As more famous people open up about their hair treatments and help reduce the stigma around wanting to improve your appearance in this way, so transplants like the ones that these ten celebrities have undergone will become more commonplace and a good way to help restore confidence. Always look for a reputable hair transplant surgeon who will work with you, and within your budget to identify the right solution for your individual circumstances.

British comedian, Jimmy Carr is something of an expert when it comes to creating controversial headlines. At the start of 2020, he underwent a hair transplant procedure, which he went public with in June. Results look extremely successful, with recent appearances revealing a much fuller head of hair than previously seen, complete with a jaunty quiff. The star is 47 years old, but his transplant has made him look younger with significant growth on the crown and down towards his temples. Jimmy referred to his hair as ‘socially distancing’ from his forehead, a reference to the lengthy lockdowns that marked much of 2020 caused by the global COVID-19 pandemic. 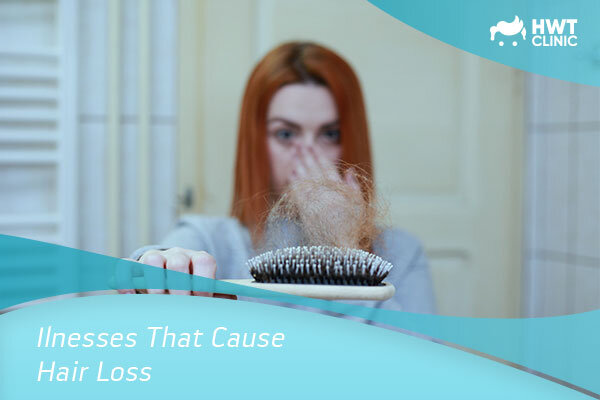 Ilnesses That Cause Hair Loss 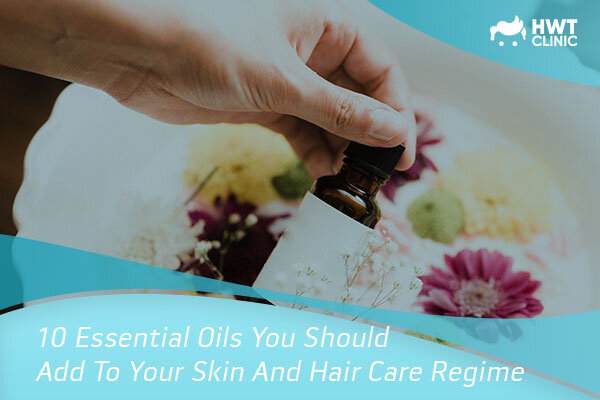 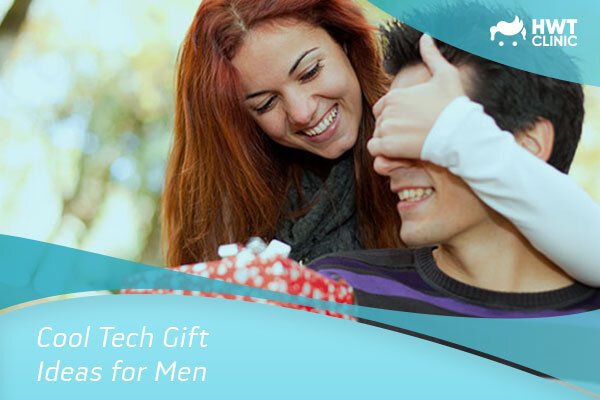